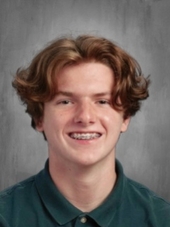 What is a cloud chamber? How does it work? *EXAMPLE FOUND ONLINE*

What is a cloud chamber? What does it do?

It is a very simple, intriguing concept that can be interpreted in multiple ways. However, their principle is the same: There is an enclosed container with a type of alcohol. In my case, I am using 99% isopropyl alcohol. At the bottom of the container there is a type of cooling device.

The purpose of a cloud chamber is to view ionizing radiation particles. These are too small and fast to see with your eye, and you can’t hold them in place. The cloud chamber was the first device to view these type of particles.

For my project, I decided to build a more challenging cloud chamber. I wanted to make a bigger, better chamber compared to the ones I saw online. Making it bigger was easy, but increasing its efficiency and producing a polished product was the most difficult thing.

The challenge was the electrical and cooling system. Instead of using dry ice, liquid nitrogen, or any other replaceable cooling source, I decided to use peltier devices. Peltiers, better known as thermoelectric coolers (TECs) create a temperature difference between their two sides; as one gets cooler, the other gets hotter. Usually they can reduce the temperature by 60 degrees Celsius compared to the ambient temperature. You can even stack TECs on top of each other to increase the heat differential. However, this created the largest problem; cooling. Multiple of my early tests proved that air cooling with a heatsink wasn’t enough, and heat “leaked” through the peltier from the hot side to the cold side. Looking for other solutions, I went back to my initial sources for the project. Most people that created cloud chambers hadn’t even thought about air cooling – they went straight to water cooling. Although I was hoping to make this chamber a stand-alone system using peltier devices, I realized that I had to incorporate water cooling. I decided on using water blocks to pass cold water around the circuit. At first, it was an open-loop system that attached to a faucet, but I have worked to make it a closed-loop system. Making a closed-loop system is easier than I thought. I easily found a submersible water pump, I had plenty of extra tubing, and I can use any insulated container to hold ice water. I am hopeful that in the classroom, the chamber will function on tap water, but for the showcase I will use ice water for the best results.

If you’re still wondering how in the world I learned about cloud chambers, check out “The Universe is Hostile to Computers” by Veritasium. It’s an amazing video about cosmic rays, ionizing radiation particles, and how they affect our daily lives.