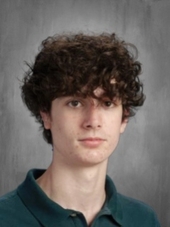 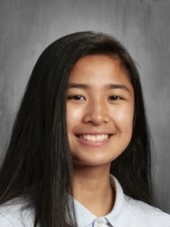 Watching cars when we were younger made us want to go fast. Additionally, we’ve been to K1 Speed and have loved the thrill of electric go karts. As we’ve grown, so has the desire to have a kart. The biggest problem was the cost: high-end karts cost over $12,000 to start out! We wanted a cheaper solution to our issue.

When we first joined the i2 Zoom meeting, we had no idea what to do. As Beckett and Matthew knew each other previously, we started planning. Matthew wanted to build something, and Beckett hopped into the driver’s seat, as he was heavily influenced by F1. As our plan became more of a reality, Angel joined the crew. After some planning and multiple emails with Mr. Hunt, a frame was secured and the project was growing. Angel immediately took charge over all of the artistic details, while Matthew and Beckett worked together on the engineering part. We used a lot of percussive maintenance. Matthew modeled and 3D printed multiple parts for the kart, to further reduce costs.

Throughout the build, we all learned new things. Angel found out that she liked hitting things with a mallet. Beckett learned more about the process of building and how to use power tools. Matthew learned about how electrical circuits worked. Matthew and Beckett learned that artistic decisions were best left to Angel.

Although we can’t go as fast as K1 Speed’s karts, which can reach 45 mph, we can still can reach around 20 mph. Not that we’ve tested… We learned a lot from the experience and from each other. The most important part: it was a whole lot cheaper than a professional kart. Our total cost was $400, a third of the price of a professional kart. In the end, using our combined inspiration, we built a fully functional electric go kart.