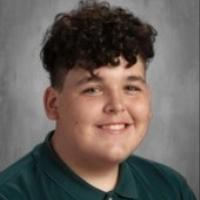 Fun to make and even more fun to use, a reflector telescope is the perfect device for viewing the night sky.

The first reflecting telescope, the Newtonian Telescope, was built in 1668 as an alternative to the refracting telescope. Isaac Newton, the inventor, used a large concave mirror to focus light onto a small, flat diagonal mirror that showed the scene into an eyepiece on the telescope’s side. This worked very well and was much better than the refracting telescope at viewing brighter objects such as the moon and other planets. Although the refractor telescope can view deep space objects better, the public chose reflector telescopes more often because they are easier to operate and build, and they are better for amateur viewing.

I wanted to do this project because I had recently gone on vacation with my family but my telescope that I had broke, so I was in need of a new one. When the project proposals happened, I decided to kill two birds with one stone by getting a new telescope and learning more about them in the process. I learned a lot about mirrors and reflections, but also about space and how different instruments are used in viewing it. In the end, I completed my project and I have been using ever since.